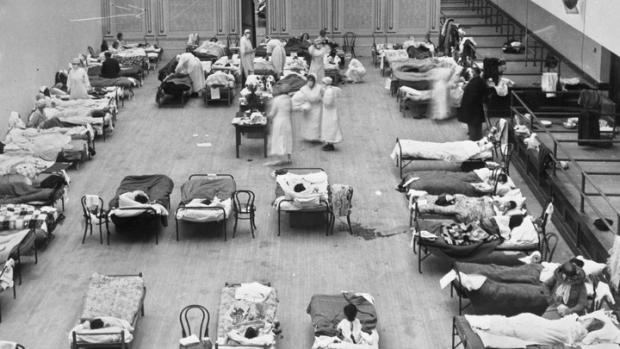 For over a century, various entities that are involved in the propaganda machinery that has been tasked by the powers-that-be to advance American patriotism and corporate profiteering have covered-up the truth about what actually started the epidemic of  what became known as the "Spanish Flu", successfully obscuring what was actually a shameful experiment perpetrated by the Rockefeller Institute for Medical Research – the uber-wealthy entity that started the American Medical Association and the School of Public Health at Johns Hopkins University.

For over a century, Americans have been led to believe that what was the true epicenter of the pandemic – US Army military bases – was actually the result of a Rockefeller Instutute vaccine experiment gone awry. The culprit vaccine, nicely documented by author Kevin Barry was perpetrated upon hapless military recruits at a variety of bases in the US. Spain had nothing to do with the epidemic, except for actually allowing its journalists to write about it.

The experimental vaccine was devised when the only vaccine that had ever shown any promise in preventing disease was the smallpox vaccine (which, when evaluated in retrospect, didn't actually deserve credit for the disappearance of smallpox, since only a small minority of world citizens every actually received the vaccine.)