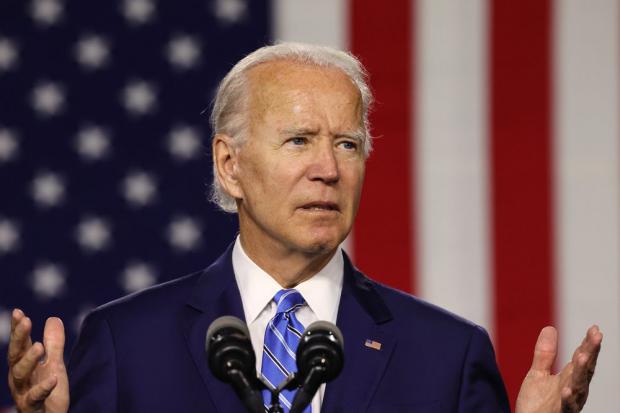 Days after unveiling his 'Green New Deal' inspired infrastructure plan that will move the US to "100% green energy" by 2035 (much to the dismay of the energy industry, and taxpayers, who would probably rather see that money go to building bridges, airports and highways), the former Vice President is back with another expansionist, big-government plan to implement universal childcare across the US.

Biden's plan calls for shelling out $775 billion to boost child care and care for the elderly. We imagine Biden's campaign advisors feel that such a promise might resonate with suburban parents anxious about school closures and the struggle to find child care while they work.

The third plank of the Democratic nominee's economic plan, it calls for universal preschool for three- and four-year-olds and would also eliminates the waiting list for home and community services under Medicaid while offering low-income and middle-class families a tax credit of as much as $8,000 to help pay for child care. If all that weren't enough, the law increases pay for caregivers and educators.

Amusingly, Biden's "caring economy" plan, if enacted, would be financed by new taxes on the sales of commercial real estate, which would deal another blow to the already hard-hit CMBS market.

Joe Biden on Tuesday unveiled a $775 billion plan to bolster child care and care for the elderly that would be financed by taxes on real estate investors with incomes of more than $400,000 as well increased tax compliance by high-income earners.

The Biden campaign did not fully explain how the plan for a "caring economy" would be financed, but officials highlighted some tax breaks they would seek to eliminate to raise revenue.