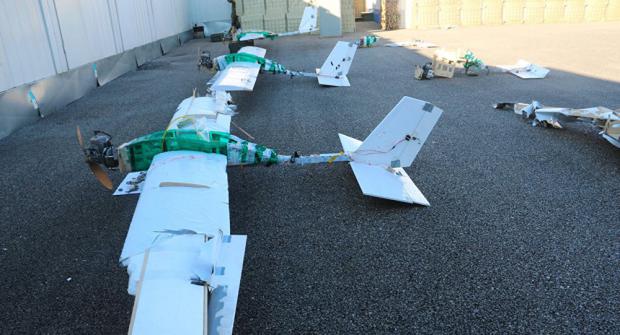 Local tensions increased just a few days after a key infrastructure object of Hayat Tahrir al-Sham in Idlib became the target of a drone attack. On July 18, three suicide drones hit facilities of the Watad Petroleum Company in the town of Saramada. This company is controlled by Hayat Tahrir al-Sham (formerly the Syrian branch of al-Qaeda) and has a monopoly on the fuel market in Greater Idlib. It is deeply involved in oil trafficking with nearby Turkish-occupied areas in northern Aleppo and responsible for the illegal import of fuel from Turkey. A notable part of Hayat Tahrir al-Sham's revenue is generated by Watad.

The HTS news agency Iba'a confirmed that the drones struck the headquarters of the company as well as its fuel market. However, the agency claimed that the strikes didn't result in any human or material losses.

A photo of one of the drones made before the attack shows an X-shaped wing design similar to that of the Hero family of loitering munitions produced by Israel's UVision. Syrian sources speculate that this drone may be a Russian, Syrian or Iranian reverse-engineered copy of the Israeli munition. At the same time, it is likely that the strike was conducted by Turkey itself, which is silently working to undermine the dominance of Hayat Tahrir al-Sham in the region.

Earlier in July, Idlib militants attacked a joint Turkish-Russian patrol on the M4 highway with a detonated car driven by a suicide bomber. It is hard to believe that such an attack could be possible without the coordination with Hayat Tahrir al-Sham that controls the frontline in that area. So, Ankara may opt to employ some additional measures to demonstrate its dissatisfaction with such actions of its al-Qaeda partners, that Turkish state media like to call 'moderate rebels'.