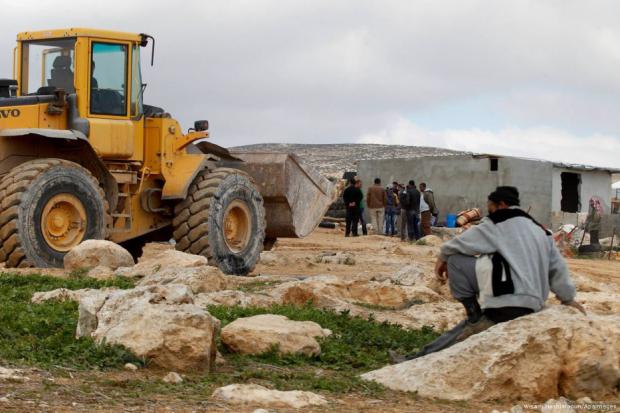 Israeli bulldozers on Monday razed Palestinian agricultural lands east of Bethlehem in the occupied West Bank, with the intention of expanding an illegal outpost, Ibei HaNahal.

The land belongs to Palestinian residents of Kisan village, on which Ibei HaNahal was built in 1999, and is located south of the West Bank, near the Hebron Road and within the Gush Etzion settlement bloc.

Kisan village council said in a statement that the Israeli bulldozers have been razing and destroying agricultural lands for past six days, and that settlers had installed caravans in the area.

Almost 800 Palestinian live in Kisan, east of Bethlehem, and are surrounded by two major Israeli settlements, Maale Amos and Avi Menahem, and a quarry.

In June, Israeli authorities halted the renovation and expansion of Kisan's elementary school, and seized a bulldozer, according to Wafa.

Kisan had closed down its kindergarten and turned it into a 100-square metre school, attaching some caravans to use as classrooms.