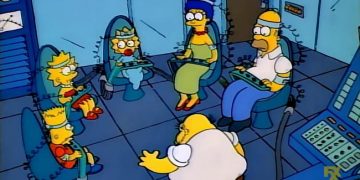 Well, at least it's consistent

The USD is firmly in retreat at the moment. The charge is being led primarily by EUR, which on the back of the gruelling mega summit that just concluded has pushed up to 1.1540. Ironically, of course, the summit itself arguably delivered little more than economic gruel rather than rich feast the European stocks, and hence the Euro, are expecting (see here for more detail). Then again, markets are perfectly happy to exist on solid air alone rather than calorie-rich dishes – provided central-bank amphetamines keep them going.

Indeed, after EUR's push higher we now see CNY doing the same, now around 6.97, and AUD following suite above 0.7140. In the case of the former, that is despite US-China tensions continuing to escalate from trade to technology to capital flows; to sanctions; to recent allegations of hacking of virus vaccine data; and even to talk of the risks of US-China conflict in the South China Sea in both the South China Morning Post and from the editor of the Global Times. Bloomberg also has the temerity to warn today that over-heated Chinese iron-ore price action suggests the "smooth bull market" in stocks we were promised by its commentators as recently as Monday is at risk of reversal because retail investors are clearly bidding up anything that they see en masse – again. Like they always do.

In the case of AUD this latest uptick is despite the virus situation in Victoria continuing to worsen, pushing back any hope of an escape from damaging economic lockdown, and China making clear that when Australia does eventually re-open there may well not be any of their students or tourists arriving anyway. Aussie iron ore is still flowing to China – to build more empty third and fourth homes there for a subset of the population, apparently.

However, at least one can say that markets are consistent. Because if there's one thing even more annoying than markets being detached from reality, it's internal contradictions that make that fantasy world unbelievable: it pulls you out of the whole suspension of disbelief thing like a branded coffee cup left on the table in Game of Thrones.

After all, it makes sense to see internally-divided, (France aside) unarmed, mercantilist net export-dependent EUR rallying in a world of rising geopolitical threats and protectionism --and, as Reuters reports here, internally-united, heavily-armed, mercantilist net export-dependent CNY doing the same-- when a certain US auto company that makes hardly any very expensive vehicles is valued by the stock market more highly than all the other existing car companies with tens of millions of sales of far more affordable alternatives. Or that profitless whizz-bang tech firms are priced as if they have already defeated all their inherent lack of profits, all current and future competition, and all present and future political opposition to their 'disruption', and have become the sole global monopolist in their respective market niche.

All one has to do is extend one or two dots out to infinity and presume that nothing bad ever happens anywhere, consistently, despite the panoply of evidence to the contrary. Or, in other words, amphetamine (and dopamine; and dopes)-fuelled contemporary markets.

Indeed, one can even argue that it's internally consistent to be having debates in the UK over Winston Churchill's continued relevance given the man, besides his glaring historical policy errors and deep personality flaws, was regarded as a washed-up old alcoholic tinfoil hat conspiracy theorist in the 1930s…right up until he re-emerged to lead the UK to victory in WW2.