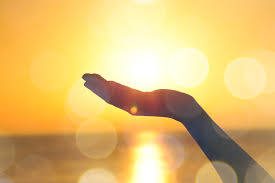 According to a study published in April 2020 via the journal Nature Communications, genes present within the human body are capable of not only producing Vitamin D when the body is hit with sunlight, but the genes also have the potential to produce a natural sunscreen.

You read that right: the human body is to a certain extent capable of producing its own sunscreen, thanks to some of the same genes that assist with Vitamin D production.

But what about skin cancer?

However, is it possible that back in the last several decades of the 20th century, when so many people were getting skin cancer and having holes cut out of their backs to treat it, that sunlight wasn't the primary agitating factor?

Some believe that environmental carcinogens in household products, pesticides, herbicides, and the like had more to do with skin cancer back then than sunlight.

Supplementation of Vitamin D is more difficult than some vitamins, with a proper balance to Vitamin A necessary, to really get its full benefits if consumed via a supplement. Cod liver oil is said to be a great Vitamin D supplement, because of its natural balance between Vitamin D and Vitamin A.

However, if you live in a sunny enough place, your Vitamin D levels might be better off if you sit in the sun for a while each day.

Here's what that study says

In the study published April in the journal Nature Communications, the genotype (genetic composition of a person) was analyzed by researchers, in addition to other clinical information, of 417,580 people registered with the UK Biobank.

The UK Biobank is a study that is ongoing in the United Kingdom, with the stated goal of making advancements at preventing, diagnosing, and treating a variety of diseases and illnesses.

Their conclusion was that about 143 gene locations were linked to the concentration of Vitamin D, constituting 137 more genes than they were even aware of prior to the several year-long study.

"Vitamin D is the sunshine hormone, and we need bright sunshine on the skin to make it, but variations in our genes also influence how efficient we are at doing that," said the conjoint professor at the Queensland Brain Institute in Australia, John McGrath, M.D., Ph.D. in a press release.

"Our findings suggest that genetic variants in the HAL (histidine ammonia-lyase) gene can vary the concentration of a small molecule in the skin which acts like an internal Sun Protection Factor, or SPF."

The researchers concluded that the molecule in the skin capable of acting like sunscreen absorbs UVB light, which triggers the production of Vitamin D as well.