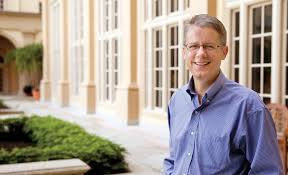 A UNC-Wilmington professor who was set to retire next month after a history of controversial social media posts was found dead in his home on Thursday afternoon, law enforcement said.

Deputies with the New Hanover County Sheriff's Office responded to the Wilmington home of Mike Adams to do a wellness check and found his body, according to Lieutenant J.J. Brewer. The Sheriff's Office is conducting a death investigation at the house on Windsong Road, but did not release any other details about the circumstances.

Adams, a 55-year-old tenured criminology professor, was set to retire from UNCW on Aug. 1, after reaching a settlement agreement with the university for more than $500,000. He sparked controversy at the university for more than a decade, particularly and most recently surrounding his comments on social media, The News & Observer previously reported.

Brewer said Adams' family and the university have been notified.

UNCW officials did not respond to a phone call Thursday evening, but the school emailed the campus community to confirm law enforcement are investigating Adams' death and to offer counseling services.

"It is with sadness that we share the news that the New Hanover County Sheriff's Office is conducting a death investigation involving Dr. Mike Adams, professor of criminology. Please keep his friends and loved ones in your thoughts," the statement said.

His early retirement was announced last month after Adams was publicly criticized for tweets about Gov. Roy Cooper's stay-at-home orders because of the coronavirus.