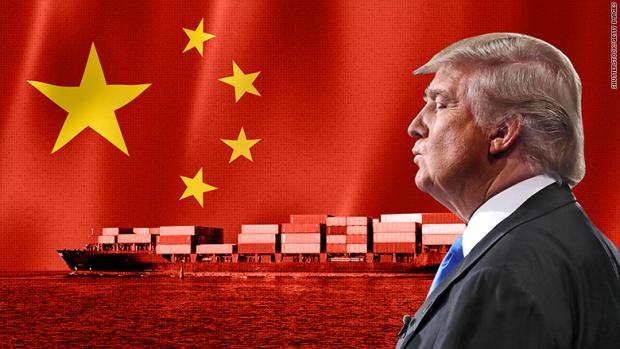 On Tuesday, U.S. Sen. Marco Rubio, R-Fla., who sits on the U.S. Senate Foreign Relations Committee, urged members of President Donald Trump's Working Group on Financial Markets to address China's exploitation of U.S. capital markets, including the lack of disclosure by Chinese firms listed on U.S. stock exchanges, the inclusion of Chinese stocks and bonds on securities indexes, and lack of recourse for American investors who have been defrauded by Chinese firms.

Earlier this month, Rubio announced that he plans to introduce legislation in the coming weeks that would ban Chinese state-owned and state-directed companies operating in U.S. capital markets that support the Chinese government and Communist Party's activities threatening U.S. economic and national security. Currently, there are a number of Chinese companies, including twenty that were identified in a list released last week by the Pentagon, as well as networks of affiliated and subsidiary companies — including companies that have been sanctioned by the U.S. government — that are operating in the U.S. capital market system that are involved in the Communist Party's military, espionage, human rights abuses, "Military-Civil Fusion Strategy," and the Made in China 2025' industrial policy.

The full text of the letter is below.

On June 4, 2020, President Trump issued the Memorandum on Protecting United States Investors from Significant Risks from Chinese Companies. In this Memorandum, the President notes that Chinese firms access American capital markets without abiding by the same investor protections rules that companies from across the world follow. This creates a two-tiered system within our markets that disadvantages American investors, who expect consistency and equal application of our laws.

I urge you to address the following in your upcoming report to the President, in order to protect American investors and the integrity of U.S. capital markets:

Chinese companies listed on U.S. securities exchanges: American stock exchanges list Chinese companies, including state-owned enterprises, which are widely shielded by their government from the full oversight of American financial regulators. Most notably, these firms do not have their audits inspected by the Public Company Accounting Oversight Board (PCAOB). As such, Chinese companies listed on American exchanges face a different set of standards than companies headquartered elsewhere. The Chinese government is the only national government to bar PCAOB access to the audits of issuers listed on U.S. exchanges and the consequences are vast. According to data made available by the PCAOB, "In the twelve months ended December 31, 2019, 17 PCAOB-registered firms in mainland China and Hong Kong signed audit reports for 188 public companies with a combined global market capitalization (U.S. and non-U.S. exchanges) of approximately $1.9 trillion."