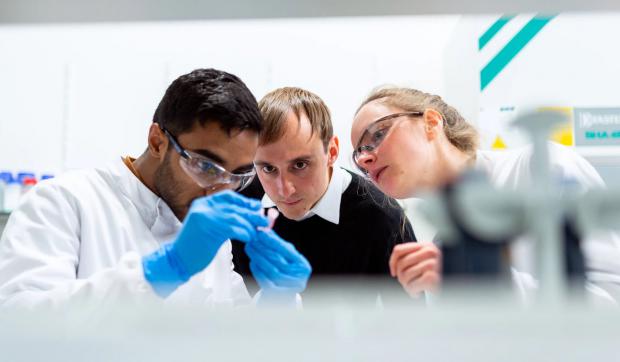 An aerosol-based protein inhalant has been shown in trials to reduce the risk of death from SARS-CoV-2 and reduce the chance of developing serious symptoms by 79% compared to patients given a placebo.

Results also showed that patients were more than twice as likely to make a full recovery from Covid-19, meaning they had no lasting respiratory weakness or other damages.

The new drug called SNG001 is an inhalant of the naturally-occurring protein called interferon beta, and arose out of research conducted at the University of Southampton. The British biotech firm Synairgen, co-founded by three of the university's professors, tested the treatment on 100 hospitalized COVID-19 patients (and 120 who were at home) in a randomized controlled trial spanning a period from March to May.

When inhaled directly into the lungs, interferon beta activates a powerful immune response. Interferon beta was a prime protein candidate for treatment testing because Covid-19 suppresses the body's natural production of interferon beta which helps form the inherent protection against the spreading virus in the body.

"We are all delighted with the trial results announced today, which showed that SNG001 greatly reduced the number of hospitalized COVID-19 patients who progressed from 'requiring oxygen' to 'requiring ventilation'," said Richard Marsden, CEO of Synairgen.