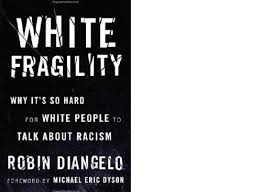 The book, which shot to the top of best-seller lists following the death of George Floyd and subsequent widespread movements, has been highlighted on recommended reading lists by universities nationwide, including Ivy League schools such as Cornell, Harvard, and Yale.

Campus Reform decided to find out why.

The angle that sets this book apart from similar texts is likely its development of "white fragility" as the catalyst of all racial conflict.

White fragility, according to DiAngelo, is a phenomenon that occurs when people of color confront white people on race-related issues. Categorically, white people will react with "a range of defensive responses," which include "emotions such as anger, fear, and guilt and behaviors such as argumentation, silence, and withdrawal from the stress-inducing situation" and which "work to reinstate white equilibrium as they repel the challenge, return our racial comfort, and maintain our dominance within the racial hierarchy."

This behavior, DiAngelo clarifies, "is born of superiority and entitlement. White fragility is not weakness per se. In fact, it is a powerful means of white racial control and the protection of white advantage."