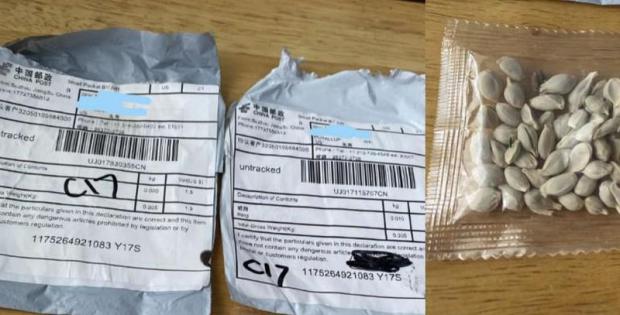 The return address on the packages is always from China.

The Washington State Department of Agriculture wrote about the phenomenon on their Facebook page on July 24, 2020 and said that the seeds are being shipping in packaging that identifies the contents as jewelry.

Similar advisories have been issued in Virginia, Utah, Kansas, Arizona and Louisiana.

"Unsolicited seeds could be invasive, introduce diseases to local plants, or be harmful to livestock," the post says.

Facebook users have been adding photos in the comments section of the post sharing photographs of seeds they have received from China. "It's not a joke. I got some the other day!!!" one user commented, stating that the package identified the contents as a "Rose flower stud earring".

"Look's like it's all across the country," stated an Indiana resident who also received seeds in the mail unsolicited.