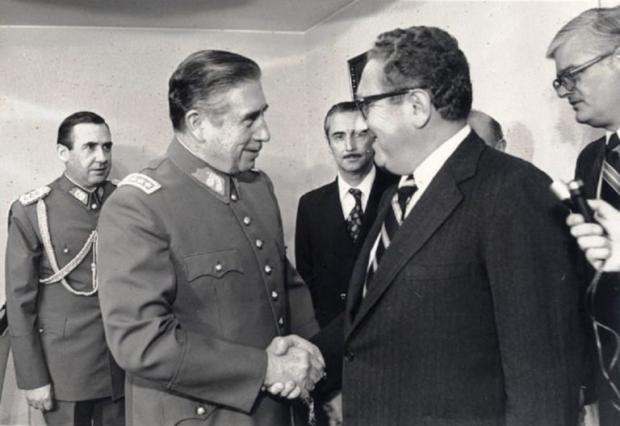 In 1970, the Chilean people elected an extreme radical to be their president. His name was Salvador Allende. He wasn't a member of Black Lives Matter or Antifa, but in the eyes of the U.S. national-security establishment and others within the U.S. rightwing, conservative movement, he was a far more dangerous radical than BLM or Antifa. That's because Allende was a communist and a socialist. In the eyes of the Pentagon, the CIA, the NSA, and the rightwing, conservative movement, there is no one more dangerous than that.

After all, don't forget about the vast worldwide communist conspiracy based in Moscow that U.S. officials steadfastly maintained was threatening to take over the United States and the rest of the world during the entire Cold War. No matter how radical those BLM people might be — and the Antifa people as well — no one is saying that they are part of a vast worldwide conspiracy to conquer the U.S. and the world.

And don't forget — when Allende was elected president in 1970, Cuba was still in communist hands. Just imagine: a spearhead of the communist conspiracy was only 90 miles away from American shores! How scary is that!

Also, don't forget that the U.S. civil rights movement, which could be considered a predecessor to the BLM movement, was considered to be a Fifth Column for the communist conspiracy to take over the United States. That's why the FBI was spying on Martin Luther King and blackmailing him into committing suicide (and maybe even orchestrating his assassination, just as the CIA was doing with other suspected communist sympathizers).