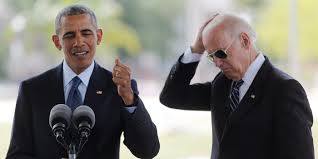 They mean, of course, the theoretical war that the working class wages against the 1% a la Occupy Wall Street-style protests – not the real war the elites have waged on the middle class for four relentless decades.

Even on the honest-to-God, Main Street populist right that still exists outside of the D.C. suburbs, the 2009-era Tea Party protests were initially largely focused on Wall Street's brazen financial crimes. They sensed correctly that their falling quality of life was directly tied to the bankers' green lust.

Of course, the foregone conclusion of the ruling class was that such upstart movements with real backing from everyday Americans had to be crushed. Eventually, Occupy died out due to lack of leadership while the Tea Party was co-opted and astroturfed into the ground by think-tank GOP swamp creatures.

Since 2008, the media has moved onto bigger fish to fry. The countless circus acts of the 24-hour pop-culture infotainment establishment have ground American's political memories into sawdust. Many people might not even recall the 2008 financial collapse.

Average Americans on the modern-day breadline, though, should never let the swamp creatures in charge gloss over the 2008 meltdown. It marked a sea change in American politics – a public service announcement on behalf of the ruling class that the internationalist Manhattan bankers that really run this country are above legal remedy.

There is no dispute that, through their treacherous schemes, the cocaine-addled psychopaths in the revolving door of various multinational financial firms extracted trillions of dollars from the American economy. They stole future generations' birthright. They bribed the right politicians on both sides of the establishment tree. Then they slipped out the back door with all the cash while the foundation crumbled.