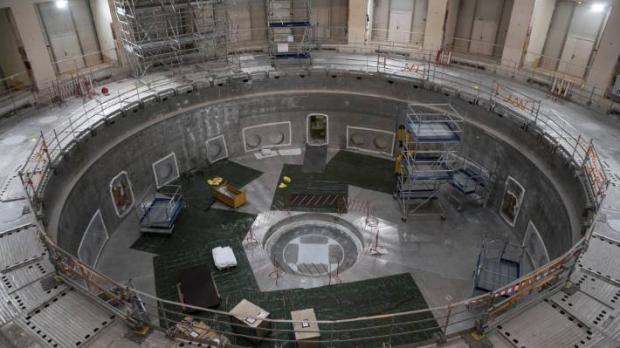 The world's largest nuclear fusion project that will replicate reactions in the sun to create the ultimate clean energy source has begun assembly in France.

Located in Provence, the International Thermonuclear Experimental Reactor — or ITER, for short — is expected to start delivering energy in the year 2035.

Fusion power works by colliding heavy hydrogen atoms to form helium — releasing vast amounts of energy in the process, as occurs naturally in the centre of stars.

In such stellar furnaces, it is gravity that overcomes the tendency of the charged hydrogen atoms to repel away from each other — like two positive ends of a magnet.

In ITER, however, this will be done by creating a ring of charged, super-hot gas called a plasma — reaching some 270,000,000°F — which will be held in place by magnets.

For the same amount of fuel, fusion produces around four time the energy of a conventional nuclear power station — which uses atom-splitting, fission, reactions.

Fusion — dubbed a 'miracle for our planet' — uses easy-to-source fuel and provides cheap, clean and safe energy without radioactive waste, or the risk of meltdown.