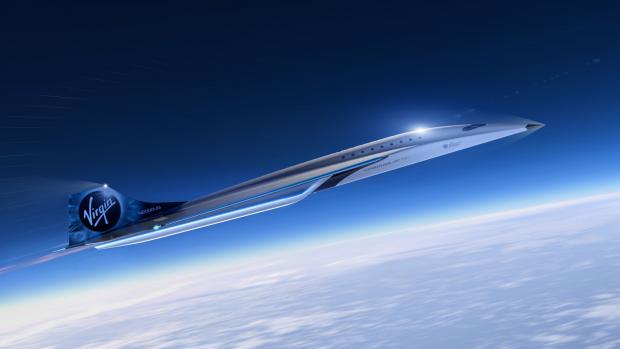 The aircraft would travel at Mach 3 -- rather than the Mach 2 speed of Concorde, the pioneering jet that operated from 1976 to 2003.

Any new supersonic plane would have to solve the problems that doomed Concorde, in particular noise and fuel consumption.

"We are excited to... unveil this initial design concept of a high speed aircraft, which we envision as blending safe and reliable commercial travel with an unrivalled customer experience," said George Whitesides, chief space officer at Virgin Galactic.

The aircraft's draft design showed a plane with a triangular "delta wing" carrying between nine and 19 passengers at an altitude of more than 60,000 feet, or 18,000 meters -- about twice as high as normal commercial flight.

The plane would take off and land at existing airport runways.