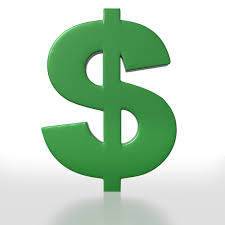 Unfortunately, the term "capitalism" was coined by its greatest and most famous enemy, Karl Marx. We really can't rely upon him for correct and subtle usage. And, in fact, what Marx and later writers have done is to lump together two extremely different and even contradictory concepts and actions under the same portmanteau term. These two contradictory concepts are what I would call "free-market capitalism" on the one hand, and "state capitalism" on the other.

The difference between free-market capitalism and state capitalism is precisely the difference between, on the one hand, peaceful, voluntary exchange, and on the other, violent expropriation. An example of a free-market exchange is my purchase of a newspaper on the corner for a dime; here is a peaceful, voluntary exchange beneficial to both parties. I buy the newspaper because I value the newspaper more highly than the dime that I give up in exchange; and the newsdealer sells me the paper because, he, in turn, values the dime more highly than the newspaper. Both parties to the exchange benefit. And what we are both doing in the exchange is the swapping of titles of ownership: I relinquish the ownership of my dime in exchange for the paper, and the newsdealer performs the exact opposite change of title. This simple exchange of a dime for a newspaper is an example of a unit free-market act; it is the market at work.

In contrast to this peaceful act, there is the method of violent expropriation. Violent expropriation occurs when I go to the newsdealer and seize his newspapers or his money at the point of a gun. In this case, of course, there is no mutual benefit; I gain at the expense of the victimized newsdealer. Yet the difference between these two transactions—between voluntary mutual exchange, and the holdup at gunpoint—is precisely the difference between free-market capitalism and state capitalism. In both cases we obtain something—whether it be money or newspapers—but we obtain them in completely different ways, ways with completely different moral attributes and social consequences.