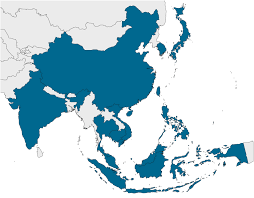 Choryang-dong was instructive, delicious and hospitable, but like visas, passion or time itself, everything winds down. Thanks to the coronavirus, I felt a bit trapped there, so I've inched over to Hadžipopovac.

Entering South Korea on February 28th, I thought there was a good chance I wouldn't be able to return to Vietnam for a month or two, but this didn't bother me, for I could just fly to Laos, Cambodia or Thailand, or take a ferry to Japan, where I could visit friends and roam a bit, before slinking back to Southeast Asia.

I ended up hanging out in K-poplandia for four months and three weeks, nearly all of it at a Busan guesthouse. The One Way became my home. I said to its manager, "Yo Jayden, you can only check in here. You can't check out! I'm going to die at the One Way."

Though in a rather seedy part of town, with enough whores and homeless, Choryang-dong was perfectly safe. Even with plenty to steal inside it, the guesthouse's door was never locked. Five minutes away, there was one of the best dumpling joints anywhere, and cheap, too. There was also a great Uzbek restaurant. The subway station was around the corner.

There was a communal kitchen in the One Way's basement, but I never used its stove, only the hot water dispenser to fill a large bowl of instant noodles, which I'd cover with a plate. That's my cooking. Paired with a can of Spam or tuna, I had a balanced meal. Sometimes I used the microwave to heat up instant rice or rice gruel.