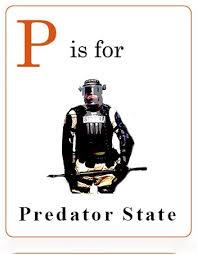 While America continues to fixate on the drama-filled reality show scripted by the powers-that-be, directed from the nation's capital, and played out in high definition across the country, the American Police State has moved steadily forward.

The COVID-19 pandemic has been a convenient, traumatic, devastating distraction.

The American people, the permanent underclass in America, have allowed themselves to be so distracted and divided that they have failed to notice the building blocks of tyranny being laid down right under their noses by the architects of the Deep State.

Trump, Obama, Bush, Clinton: they have all been complicit in carrying out the Deep State's agenda. Unless something changes to restore the balance of power, the next president—the new boss—will be the same as the old boss.