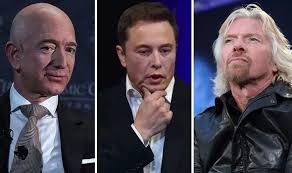 BRIT billionaire Sir Richard Branson will rocket into space aboard a Virgin Galactic spaceship next year, the company has announced.

The launch promises to blaze a trail for commercial flights aboard the firm's SpaceShipTwo rocket plane, for which a reported 600 people have forked out $250,000 (£190,000) each to reserve a seat.

Virgin Galactic has repeatedly pushed back the date of its first passenger flight but now appears to have settled on early 2021.

The California-based firm said Monday it "expects to advance to the next phase of its test flight program" in Autumn with two manned flights.

"Assuming both flights demonstrate the expected results, Virgin Galactic anticipates Sir Richard Branson's flight to occur in the first quarter of 2021," the company said in a statement.

Virgin Galactic is up against fierce competition in the private space race from firms such as Blue Origin and Elon Musk's SpaceX.