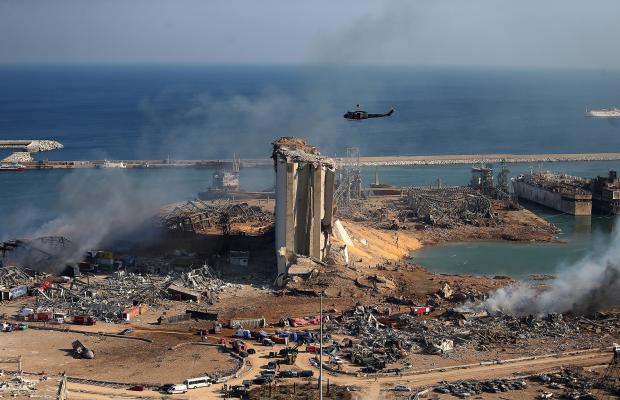 BEIRUT (AP) — The Lebanese government says it is putting an unspecified number of Beirut port officials under house arrest pending an investigation into how 2,750 tons of ammonium nitrate came to be stored at the port for years.

The move comes amid speculation that negligence was to blame for the explosion that killed more than 100 people.

It was announced following a Cabinet meeting Wednesday during which the government declared a two-week "state of emergency," effectively giving the military full powers during this time.

THIS IS A BREAKING NEWS UPDATE. The following is AP's earlier story.

Residents of Beirut confronted a scene of utter devastation Wednesday, a day after a massive explosion at the port rippled across the Lebanese capital, killing at least 100 people, wounding thousands and leaving entire city blocks blanketed with glass and rubble.

Smoke still rose from the port, where a towering building of silos was half destroyed, spilling out grain. Hangars around it were completely toppled. The blast knocked out a crater some 200 meters (yards) across that filled with seawater — it was as if the sea had taken a bite out of the port, swallowing buildings with it.

Much of downtown was littered with damaged vehicles and debris that had rained down from the shattered facades of buildings.

An official with the Lebanese Red Cross said at least 100 people were killed and more than 4,000 were wounded. George Kettaneh said the toll could rise further.