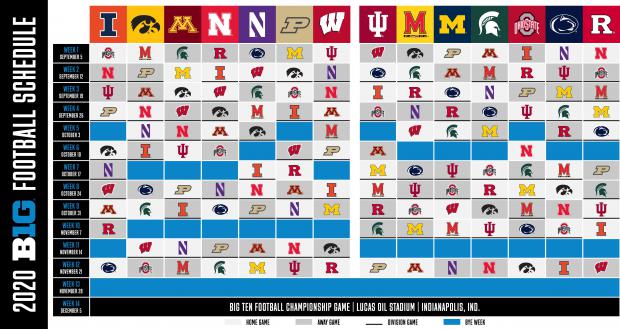 Teams in the conference will play a 10-game, conference-only football schedule beginning  Labor Day weekend and building in "ample flexibility," the league announced Wednesday morning. Each team has two open weeks, and the schedule has four weeks built in to reschedule games, including a league-wide open week on Nov. 28.

UConn's 2020 football season will forever remain the year that could have been.

The Connecticut flagship state university set a nationwide precedent on Wednesday when its athletic department announced that it would cancel its upcoming football season over fears tied to the coronavirus pandemic.

According to media reports, requirements that visitors from other states quarantine for at least 2 weeks had already caused nearly half a dozen games to be cancelled for the regular season. With New York, CT and NJ adding Rhode Island to the growing list (which now includes 35 states and territories) earlier this week, UConn was struggling to book new opponents.