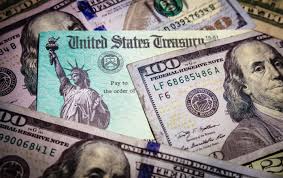 ... it was generally expected that today's quarterly refunding announcement would be another blowout with the Treasury expanding its issuance of longer-term debt in coming months, after depending mainly on shorter-dated bills to fund the record deficit.

Sure enough, it was all that and more.

Specifically, the Treasury announced that it would offer a record $112 billion of long-term Treasurys to refund approximately $49.5 billion of Treasury maturing on August 15, 2020.  This issuance will raise new cash of approximately $62.5 billion.  The securities are: