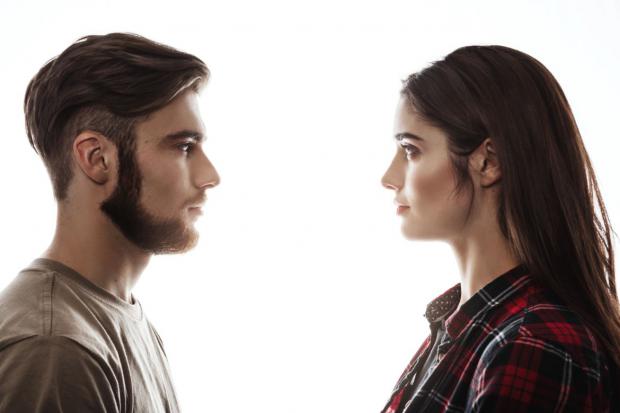 To humans, eye contact is everything. From infancy onward, humans look to the gaze of others to try to gauge their emotions and thereby determine what those emotions say about their relationship. Yet, despite the social advantages we can gain by looking into someone eyes, we are pretty bad at doing it consistently: Research shows that adults make eye contact 30 to 60 percent of the time in a conversation, but experts say that people should actually be making eye contact 60 to 70 percent of the time if they are hoping to get anything out of it. Avoiding eye contact, it seems, is unavoidable.

Researchers from Kyoto University decided to determine why some people find it hard to maintain eye contact when speaking with someone in person. In a paper published in the December 2016 edition of Cognition, they argue that people break away from another's gaze in order to not overload their brain.

In the study, 26 subjects played a word-association game in which they were shown a noun and then asked to respond to that noun with a coordinating verb. For example, if they were shown the word "ball," the subject might respond with "throw." While this happened, the volunteers looked at a computer that displayed a face. Sometimes the face would meet the gaze of the participants, and other times it would look away.

As the game went on, making word associations became increasingly difficult; participants either had too few choices (it's tricky to think of a verb for "sky") or too many choices. While participants played, researchers timed how quickly they made the associations while also measuring the duration of the eye contact they made with the face on the computer.

What's the Connection between Sleep and Alzheimer's Disease?