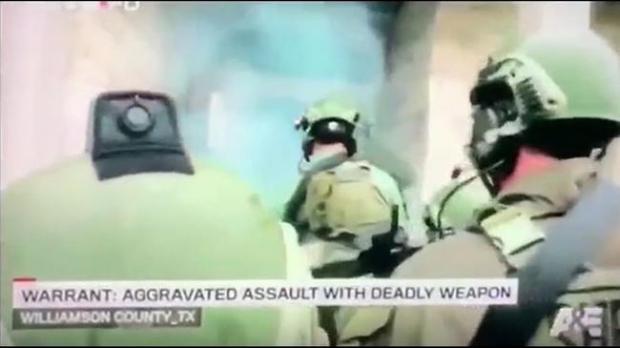 Just like the show's predecessor "COPS," Live PD has been accused of crossing ethical boundaries in order to get their footage.

In one case, the Williamson County Sheriff's Office in Texas is being accused of intentionally passing up an opportunity to arrest their suspect, Asher Watsky, while he was in court, just so they could raid his home for the television cameras a few hours later. The court appearance and raid happened in May of 2019, but is just now getting new attention after the cancellation of the show.

"The second I saw the cameras, I'm aware of the Live PD program, I figured out right then, I had a feeling what was going on," Asher said.

Gary Watsky, one of the occupants of the home, says that the SWAT raid was "all for show."

Watsky was wanted on a warrant relating to an assault charge that he faced from a fight that he got into with his roommate. He was fulfilling all of his court requirements for the initial charge, but for some reason, the police filed an additional charge against him, but didn't activate it until after he appeared in court.

Williamson County District Attorney Shawn Dick was among many people involved with the case who felt that Watsky could have been arrested peacefully when he was in court less than four hours before the raid.