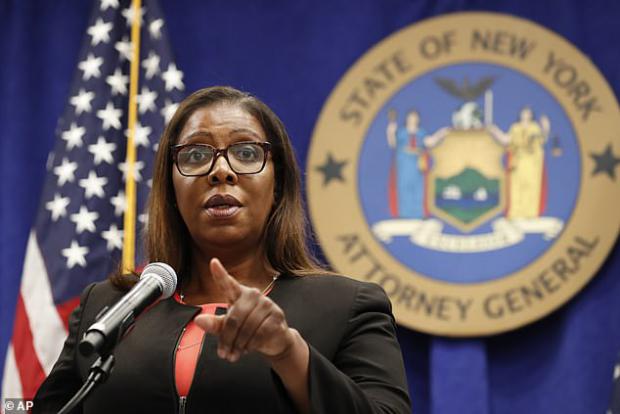 The NRA is counter-suing the New York Attorney General, claiming her bombshell lawsuit on Thursday that seeks to dismantle the gun organization is a 'premeditated' political attack that has been deliberately timed to thwart Trump's reelection chances.

She claims in her lawsuit that they used NRA funds - built by donations from members - to pay for 'trips for them and their families to the Bahamas, private jets, and expensive meals'.

At a press conference on Thursday morning, James declined to comment on speculation surrounding her subpoena to Deutsche Bank for Donald Trump's bank records, which many thought was going to be the subject of the press conference.

She also insisted the lawsuit was not politically motivated and not that she was trying to financially cripple the organization which is one of Trump's biggest donors.

'This was a baseless, premeditated attack on our organization and the Second Amendment freedoms it fights to defend.