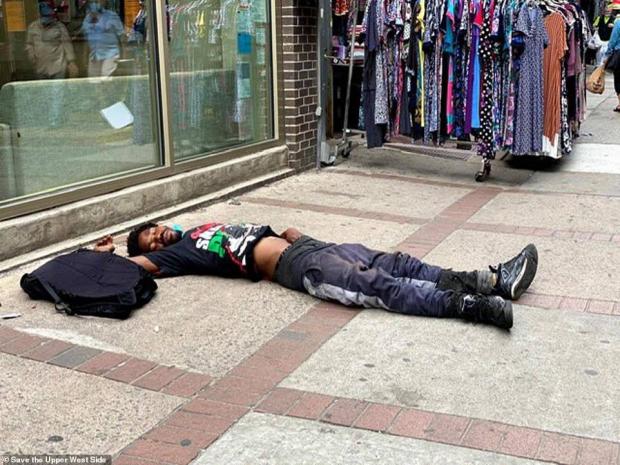 In July, it emerged that 139 of the city's iconic hotels - which had been forced closed for months - had agreed to take in homeless people for $175 per person, per night as part of a scheme by the city to try to avoid a breakout of COVID-19 in homeless shelters.

The city has not released a list of the hotels but a source told The New York Post the scheme will run until October.

Among the hotels on the list are The Belleclaire, The Lucerne and The Belnord on the Upper West Side.

This week, residents of the neighborhood complained online about the people who are being housed in those hotels who they say are terrorizing the area.

Police sources also told The New York Post that many of them are sex offenders.

The homeless-in-hotels scheme set up by de Blasio is one of many components to an escalating downward change in the city.

Many of New York's wealthy residents fled months ago - taking their disposable income and their tax dollars with them - and there are fears they may never come back.

Crime is on the up but de Blasio has stripped the police force of $1billion in response to Black Lives Matter protests.