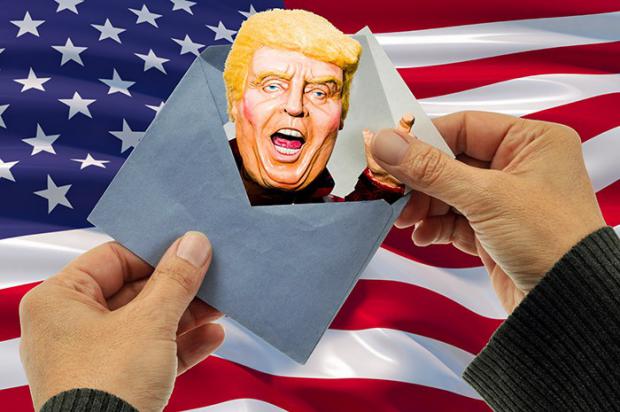 The new law would permit some voters, namely the elderly and those with physical disabilities, to request that someone else fill out and hand in their ballot, a practice Republicans repeatedly decried as illegal "ballot harvesting."
President Trump's campaign has filed a lawsuit against the state of Nevada in an effort to stop the state from sending ballots to all registered voters for the November election. In addition to Trump's claims of fraud, he argued that voting by mail would delay the determination of the election's victor. Some states allow mail-in ballots to be received up to a week after Election Day.

President Donald Trump's campaign has filed a lawsuit against the state of Nevada in an effort to stop the state's recently passed measure that would send ballots to all registered voters for the November election.

As first reported in the Nevada Independent, the lawsuit claims "electoral process cannot function properly if it lacks integrity and results in chaos. Put simply, the American people must be able to trust that the result is the product of a free and fair election.

Nevada lawmakers on Sunday passed AB4 on a party-line vote, adding the state to a growing list of U.S. states mailing active voters ballots ahead of the November election.