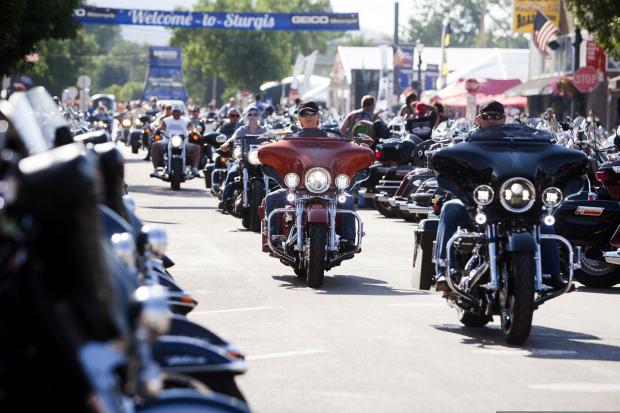 Health officials are still warning against even small gatherings, and states with relatively low spread are ordering visitors from hot spots to self-quarantine.

But come Friday, about 250,000 people from across the country are still expected to start descending on a roughly 7,000-person community in South Dakota for one of the biggest motorcycle rallies in the world, a 10-day extravaganza so deeply rooted that Sturgis calls itself the City of Riders.

The mayor of Sturgis says there's not much to do but encourage "personal responsibility," set up sanitation stations and give out masks - though face coverings won't be required.

Worried residents, however, say officials should have canceled the Sturgis Motorcycle Rally in a state where Republican Gov. Kristi Noem resisted stay-at-home orders and mask rules - and last month welcomed another mass event, President Donald Trump's Fourth of July weekend speech at the foot of Mount Rushmore. A city survey found that more than 60 percent of Sturgis residents wanted the event postponed, the Associated Press reported.

1 Comments in Response to 'We cannot stop people': 250,000 are expected at a South Dakota motorcycle rally

were are the ANTIFA guys and gals???? Were are the BLM people???? Didn't they promise to shut down the rally???? Here I am with snacks ready surfing the net for the encounter.