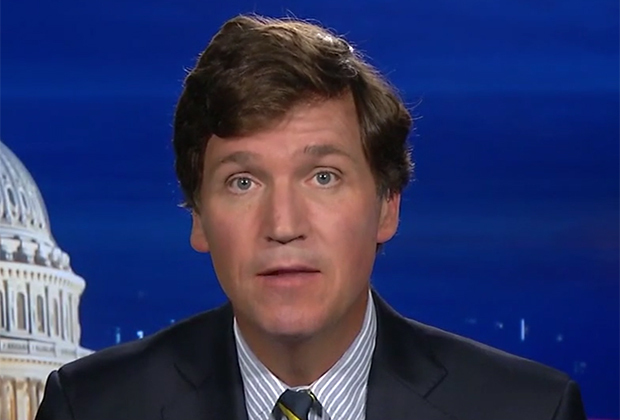 The rest of the media continues to lie to protect the anti-white agenda and Big Pharma's profit agenda.

YouTube, Facebook, Twitter and the rest of the censoring Nazi media have been protecting the official lie on Floyd, just as they do on everything else, such as HCQ, Russiagate, 9/11, Iranian nukes, peaceful protests, Russian invasions, so watch Tucker before the "free American media" cancels him.  Note that both Tucker and his guest are sufficiently intimidated by the media claim that Floyd was murdered to make it clear that they are not claiming that the police had no responsibility in Floyd's death, but they don't identify what the responsibility is. When even Tucker Carlson can be intimidated, you can see the power of the lie.

As Minnesota's black attorney general, Keith Ellison, clearly admits on Tucker Carlson, he withheld the police video of their encounter with Floyd in order to aid his prosecution of the police officers who he falsely indicted.

In other words the video does not support the indictment or the official story that the despicable lying presstitutes have beat into your heads by endless repetition and misrepresentation.