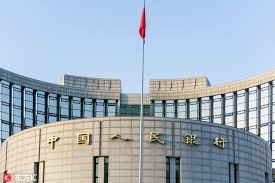 Starting with a run on the Bank of Gansu in western China in April, bank runs have popped up in geographically dispersed points across the country, including in Hebei and Shanxi provinces, suggesting that this bank run on Bank of Huludao in the northeastern Liaoning Province is not an isolated instance.

On July 29, the 10th largest shareholder of the bank, ASEM Industry & Trade, put its 65 million shares of the bank equity up for auction. The company was listed as a dishonest entity subject to enforcement twice last year. Also, the bank's 2nd largest shareholder, Shenyang Dajun Ceramic Industry Co., Ltd. was an entity subject to enforcement both in 2017 and 2018.

The Bank of Huludao, previously known as Huludao commercial bank, was founded in 2001, with a registered capital of 2 billion 5 million yuan (approximately $288.8 million). It is a regional share-holding commercial bank located in Huludao, Liaoning Province. In 2006, the China Banking Regulatory Commission exposed the Huludao bank bond case.

On Aug. 1, 2007, the Liaoning banking regulatory bureau made a decision on the case. Wang Xueling, the governor of the Bank of Huludao, was directly responsible for the misappropriation of treasury bond funds.

Wang was dismissed from office 14 years ago. However, he returned to the bank in August 2017, when he was appointed president by the board of directors, which was approved by the regulatory authority.