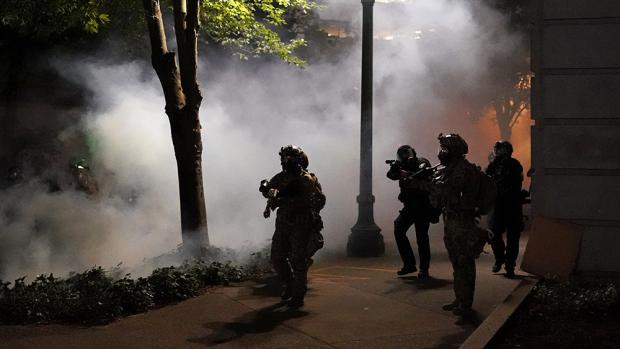 BREAKING late Sunday – We've just learned that Antifa terrorist groups in Austin, Texas and Portland, Oregon have received a large cache of weapons that are being handed to them in preparation for a coordinated, multi-city uprising. Dubbed the "TET Offensive" by Dave Hodges (The Commonsense Show), this planned multi-city attack looks likely to take place before the coming election, as anti-American forces now realize Joe Biden cannot win. So their new goal is to unleash so much chaos across America that elections must be suspended, allowing the Marxist media to roll out its "Trump is a dictator" narrative.

This new delivery of weapons to Antifa forces on or around August 9th has been confirmed by reliable sources. It is consistent with previous announcements by U.S. Customs and Border Protection (CBP) describing government seizures of full-auto weapons parts and illegal suppressors that were intercepted during shipment from communist China to several U.S. cities, including Detroit MI, Louisville KY, and Melbourne FL.

Here's a photo of one of the recent CBP seizures of full-auto weapons parts that turn AR-15s into military-grade battle rifles:

Natural News previously reported that the corrupt government of California was storing weapons for Antifa terrorists in the East End Complex Capitol building in Sacramento, at Block 174. This is all part of a criminal scheme by treasonous Gov. Newsom to arm terrorists as part of an uprising against the United States of America, during which California plans to secede from the union and join communist China, allowing China to install nuclear weapons on U.S. soil and establish a beachhead for a land invasion of the continental USA.