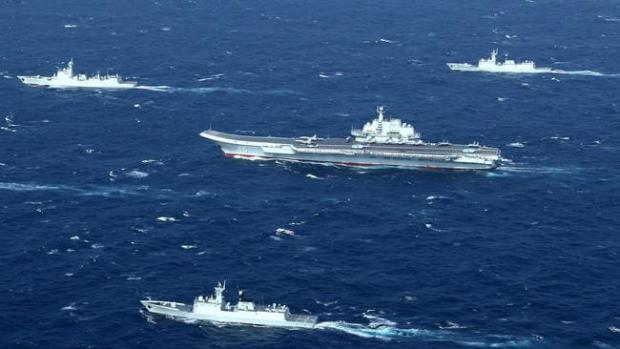 Though Taiwan, a country of 25 million people, is happy as an independent democracy, Beijing insists it is a "breakaway province" and "inviolate" Chinese territory, repeatedly stating it will use force to bring the island back under China's control.

Now the images have shown the People's Liberation Army (PLA) moving the military vehicles into the Eastern Theatre Command on China's coastal cities across the strait from Taiwan, with missile launchers well within range to hit any targets in Taiwan.

"We make no promise to abandon the use of force, and retain the option of taking all necessary measures," Chinese leader Xi Jinping said in a recent speech.

Under its 'one country, two systems' policy, Beijing insists Taiwan is part of its sovereign mandate. Which is why its so-called 'wolf warrior' diplomats have reacted with outrage at news this week that the US Health Secretary will visit the island to discuss its success in combating the COVID-19 pandemic.

Meanwhile, Chinese fighters and bombers have been engaged in a series of "combat readiness" exercises over the disputed South China Sea, with combat aircraft and naval vessels observed visiting illegal island fortresses in the Spratly Islands.