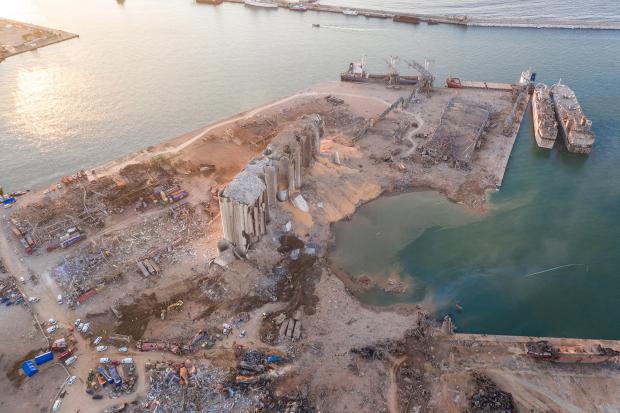 The narrative that the Beirut explosion was an exclusive consequence of negligence and corruption by the current Lebanese government is now set in stone, at least in the Atlanticist sphere.

And yet, digging deeper, we find that negligence and corruption may have been fully exploited, via sabotage, to engineer it.

Lebanon is prime John Le Carré territory. A multinational den of spies of all shades – House of Saud agents, Zionist operatives, "moderate rebel" weaponizers, Hezbollah intellectuals, debauched Arab "royalty," self-glorified smugglers – in a context of full spectrum economic disaster afflicting a member of the Axis of Resistance, a perennial target of Israel alongside Syria and Iran.

As if this were not volcanic enough, into the tragedy stepped President Trump to muddy the – already contaminated – Eastern Mediterranean waters. Briefed by "our great generals," Trump on Tuesday said: "According to them – they would know better than I would – but they seem to think it was an attack."