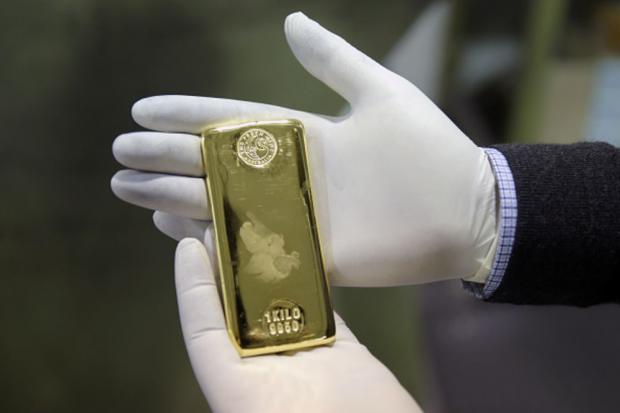 Judy Shelton, a Trump nominee to the Fed Board of Governors, may not have coined the excellent term "Fed Bug," but she used it to delicious effect in this 2019 Financial Times interview:

"People call me a goldbug, and I think, well, what does that make them? A Fed bug," she says.

Can anyone the ?New York Times attacks this dishonestly be all bad?

For our purposes, Fed Bugs are people with a faith-based belief in the power of central banks (and central bankers) to engineer economic growth using "monetary policy,"despite decades of history and current evidence to the contrary. They believe tinkering with inputs and rates and velocity and flows somehow makes us richer in terms of productivity, goods, and services. They believe in financial alchemy, as economist Nomi Prins puts it, rather than precious metals. They believe paper has value so long as government issues it and legislates its use. Most of all, they believe in technocratic control over money in the economy.

Central bankers almost by definition are Fed Bugs, but so are most monetary economists, financial journalists, and politicians. And they all hate gold with a passion. The reasons why are multifarious, but ultimately flow from their fundamental resentment of any money they do not control and cannot design. Central planning requires central money, and gold stands apart by it very decentralized nature. It is indifferent to human conceptions, and can be discovered and summoned from the earth only with tremendous risk and effort. It cannot easily be manipulated or destroyed, and its value cannot be decreed (though they try mightily). It is unchanging, unyielding, and stubbornly at odds with the political visions of Fed Bugs.

And so they hate it.

They hate gold because it never goes away and never goes to zero.  It holds monetary value intrinsically, without the imprimatur of a sovereign or government. Gold does not need the state or its bankers to operate as money, because individuals choose it as money on the market century after century.

Even after more than a century of political efforts to erase gold's status as money, the public still view it as such. Gold quietly serves as a lingering rebuke of the entire political fiat money project—even as central banks are forced by circumstances to buy and hold it as collateral, as the ultimate hard currency and liquid asset for their balance sheets. In fact, central banks steadily bought or repatriated huge amounts of physical gold in recent years, despite the supposedly strong world economy prior to the Covid crisis.

During the transitional period leading up to the full adoption of the Euro across 12 original Eurozone countries, Germans in particular secreted away millions of Deutschmarks in mattresses, closets, and safety deposit boxes. More than a decade after the Euro came into widespread use, Germans still held €6.6 billion(!) in unconverted Deutschmark notes and coins according to the Bundesbank. The reason for this is very simple: those Germans distrusted, and continue to distrust,  the stability and purchasing power of the Euro. They fear a crisis, however unlikely, and protect themselves by holding a "harder" currency in case the Euro depreciates rapidly someday.

In other words, they prefer "buying" peace of mind by holding Deutschmarks to converting them to Euros and buying goods or services. In the same way and for the same reasons, more and more Americans prefer exchanging some of their paper US dollars for physical gold.