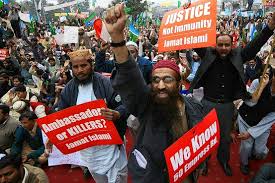 Among the most interesting lines in the new Amazon Prime series The Last Narc is what a CIA official says to DEA investigator Hector Berrellez, who was charged with leading the investigation into the kidnapping, torture, and murder of DEA agent Enrique "Kiki" Camarena. The official tells Berrellez that the CIA is not a law-enforcement agency and, therefore, doesn't have to comply with the Constitution. Its mission, he said, is to protect the United States. Therefore, the implication is that the Constitution cannot be permitted to serve as a barrier to that end.

That's the way it's been since the beginning. The CIA has had omnipotent power to do whatever it deems necessary to protect "national security." That includes, of course, the power of assassination, a power that the CIA assumed practically since its inception. In fact, as early as 1952, the CIA was developing a formal assassination manual for its assassins.