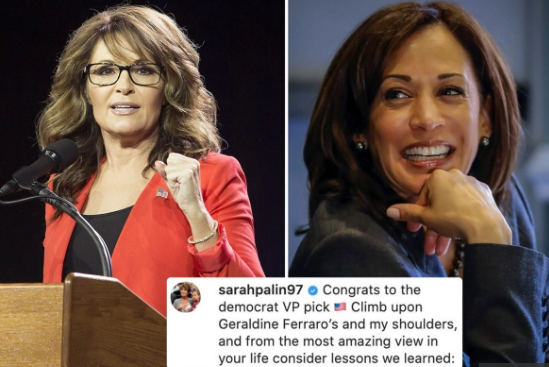 SARAH Palin advised Kamala Harris to "trust no one" after she became the third woman to run on a presidential ticket.

On Tuesday, Joe Biden announced Harris would be his running mate as he attempts to beat Donald Trump in the November election.

Sarah Palin issued her congrats to Kamala Harris on Instagram 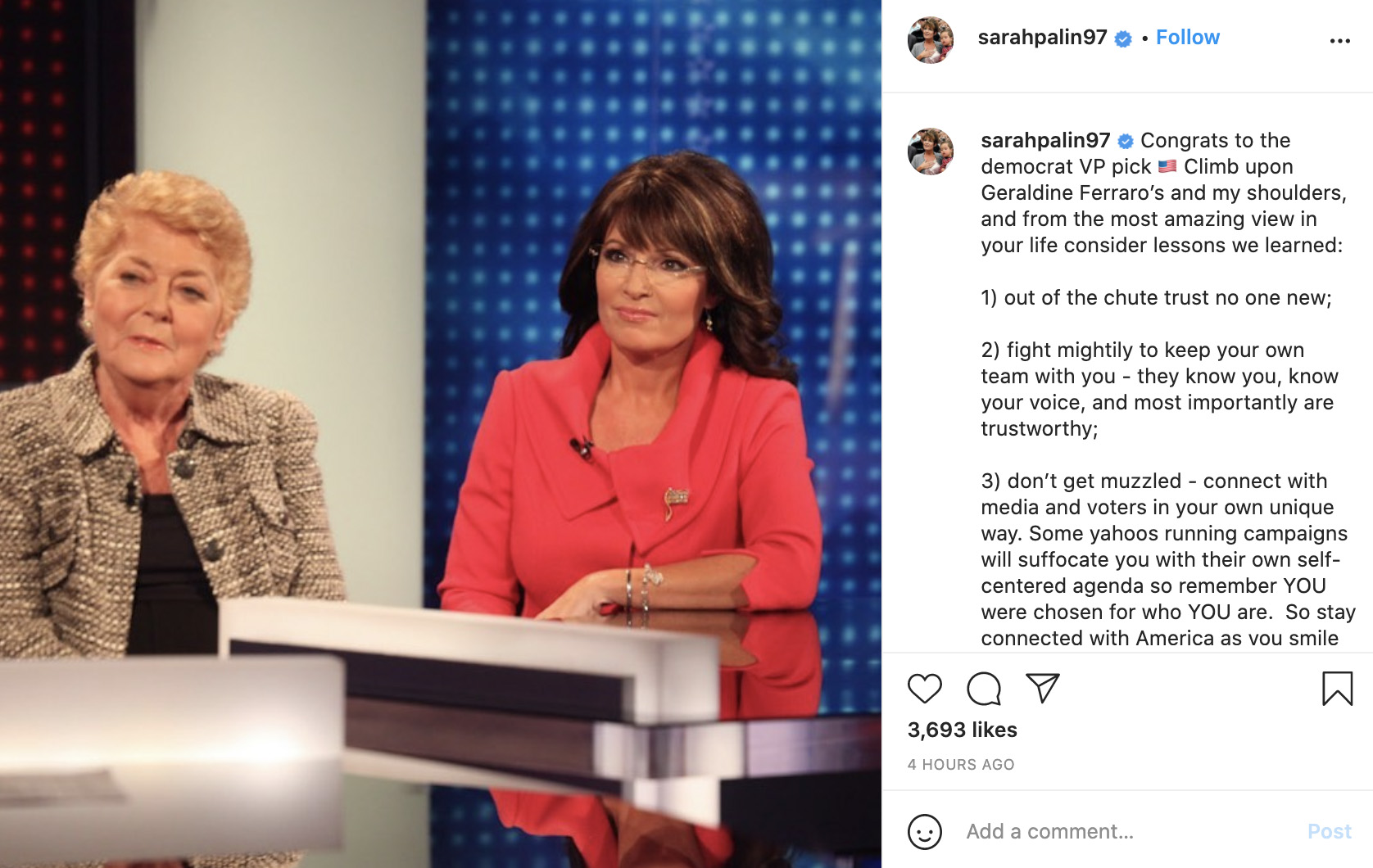 Although the president's campaign labelled her a "phony," Harris, 55, found an unexpected ally in the form of Alaska's former governor.

Palin – who served as the youngest governor of The Frontier State and was the Republican vice presidential nominee for John McCain in 2008 – issued her congratulations to Harris on Instagram.

And she didn't hesitate to give Harris, a Democrat from California, six pieces of frank advice.

"1) Out of the chute trust no one new," Palin wrote. "2) Fight mightily to keep your own team with you – they know you, know your voice, and most importantly are trustworthy."