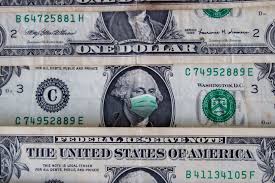 A near-10% drop in the value of the US dollar since its March high has given rise to two distinct narratives. The first takes a short-term perspective, focusing on how a depreciation could benefit the US economy and markets; the second takes the long view, fretting over the dollar's fragile status as the world's reserve currency. Both narratives contain some truth, but not enough to justify the emerging consensus around them.

Several factors have combined to put downward pressure on the greenback (as measured by the DXY index of trade-weighted currencies) in recent weeks, resulting in a depreciation that has reversed almost half of the appreciation of the last ten years within the space of just months.

As the US Federal Reserve has loosened monetary policy (actually and prospectively) in response to a worsening economic outlook, the income accruing to dollar-denominated safe havens, such as US government bonds, has declined. And with US-based investments having lost some of their relative attractiveness, there has been a shift in holdings in favor of emerging markets and Europe (where the European Union last month agreed to pursue deeper fiscal integration).