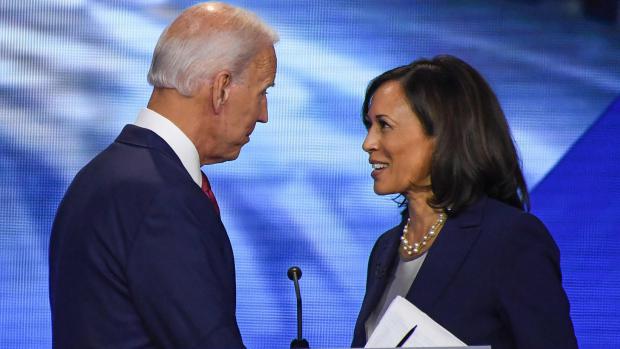 Joe Biden's campaign launched a new ad introducing Sen. Kamala Harris as his running mate that showed footage of him asking her to join the ticket.

'Hi, hi, hi, hi, sorry to keep you,' the California senator says on the call. 'No, that's alright, you ready to get to work?' Biden asks. A seemingly surprised Harris then responds, 'Oh my God. I am so ready to go to work.'

Harris will kick off her time as a vice presidential candidate with a joint appearance with Biden in Wilmington, Delaware late Wednesday afternoon - and on Friday she'll speak at a conference marking the 100th anniversary of the 19th Amendment on the same day as the Duchess of Sussex, Meghan Markle.

The conference is sponsored by The 19th, a non-profit news organization that covers the intersection of gender, politics and policy.

Other speakers include the Democrats' 2016 nominee Hillary Clinton, who was the first woman to ever top a presidential ticket.

The announcement of Harris marked the third time a female candidate was selected for veep and the first time a woman of color was chosen.