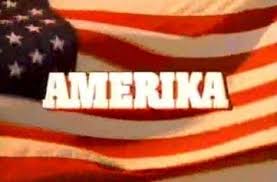 "In this present crisis, government is not the solution to our problem, government IS the problem."—Ronald Reagan

There's a pattern emerging if you pay close enough attention.

Civil discontent leads to civil unrest, which leads to protests and counterprotests.

Without fail, what should be an exercise in how to peacefully disagree turns ugly the moment looting, vandalism, violence, intimidation tactics and rioting are introduced into the equation. Instead of restoring order, local police stand down.

Coincidence? I think not.

This was the blueprint used three years ago in Charlottesville, Va., in 2017, when the city regularly cited as being one of the happiest places in America, became ground zero for a heated war of words—and actions—over racism, "sanitizing history," extremism (both right and left), political correctness, hate speech, partisan politics, and a growing fear that violent words will end in violent actions.

It was a setup: local police deliberately engineered a situation in which protesters would confront each other, tensions would bubble over, and things would turn just violent enough to call in the bigger guns.

It is the blueprint being used right now.

In Charlottesville, as in so many parts of the country right now, the conflict was over how to reconcile the nation's checkered past, particularly as it relates to slavery, with the push to sanitize the environment of anything—words and images—that might cause offense, especially if it's a Confederate flag or monument.

That fear of offense prompted the Charlottesville City Council to get rid of a statue of Confederate General Robert E. Lee that had graced one of its public parks for 82 years.

That's when everything went haywire.

In attempting to pacify one particularly vocal and righteously offended group while railroading over the concerns of those with alternate viewpoints, Charlottesville attracted the unwanted attention of the Ku Klux Klan, neo-Nazis and the alt-Right, all of whom descended on the little college town with the intention of exercising their First Amendment right to be disagreeable, to assemble, and to protest.

When put to the test, Charlottesville did not handle things well at all.

On August 12, 2017, what should have been an exercise in free speech quickly became a brawl that left one dead and dozens more injured.

As the New York Times reported, "Protesters began to mace one another, throwing water bottles and urine-filled balloons — some of which hit reporters — and beating each other with flagpoles, clubs and makeshift weapons. Before long, the downtown area was a melee. People were ducking and covering with a constant stream of projectiles whizzing by our faces, and the air was filled with the sounds of fists and sticks against flesh."