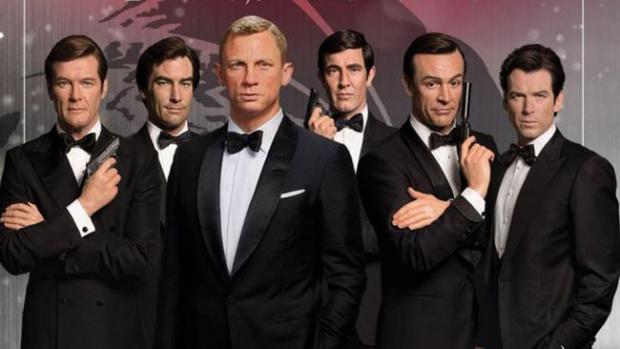 We live in a world where all can agree on very little – but one thing that should be clear is that it's all very James Bond. Charismatic billionaires; Cold War; secret agents; skulduggery; poisonings; spy apps in innocuous devices; military build-ups and warnings of hot war; police crack-downs; and, of course, a killer virus. Ironically, Bond himself is absent because the latest movie iteration, "No Time To Die", has been delayed because of Covid-19: when it eventually comes out, is it going to be a wilder ride than what we already see in real life? And could Hollywood ever tell a story that contains any elements of real life developments given how it is now financed? That's what US Republicans are asking anyway. (Personally, I feel Bond lost his mojo with the internet. Who wants to see a man licensed to double-click to save the day?)

Anyway, a British poll of 'Who was the best Bond?', the kind of thing Brits ask themselves all the time for some reason, unsurprisingly had Sean Connery as the top 007, but with Timothy Dalton as #2, followed by Pierce Brosnan, then Roger Moore, current Bond Daniel Craig, and finally and naturally, George Lazenby. Besides being rather unkind to Roger Moore, the king of eyebrow-raising and cheesy puns, this got me thinking: what's your favorite Bond theme to describe what we see around us at the moment?

There's "Skyfall" for those who look at bond yields (as well as Bond) instead, because despite the recent upside surprise in US inflation, it's surely still a deflationary, lower-yield world out there (as the RBNZ are showing us). Indeed, don't forget "The Writing's On the Wall" for those who listened to the Fed yesterday saying there won't be a V-shaped recovery, but rather a W-shaped one. Plus "You Only Live Twice" for those getting a nice Fed bailout anyway.

Maybe "Die Another Day" or "Another Way to Die" for those --just chastised by the Fed-- who say the virus isn't a real threat? Or "No Time to Die" for those who won't take the vaccine if it ever arrives (which is as high as one in two in some surveys).

Could it be "Goldeneye" or "The Man With the Golden Gun" as we see reports that even Chinese state banks are complying with US sanctions against key figures in Hong Kong? What a goldeneye the SWIFT system is and what a golden gun the USD still proves.