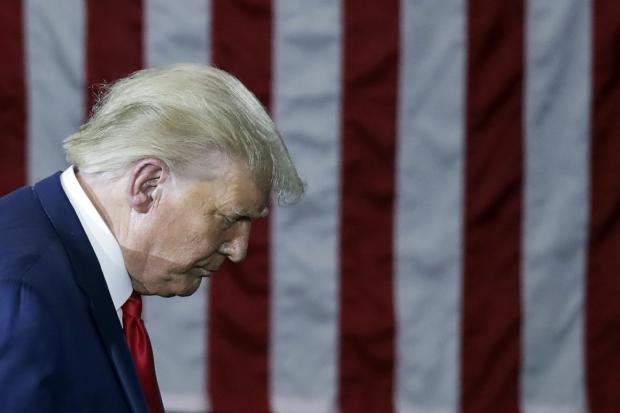 Michael Cohen published a first look at his book about Donald Trump on Thursday, revealing several bombshell claims, including that he witnessed a 'golden showers' incident.

In the peek at his memoir 'Disloyal,' Cohen reveals the 'mob boss' mentality of the president in his foreword, which he titled 'THE REAL REAL DONALD TRUMP.'

'Apart from his wife and children, I knew Trump better than anyone else did,' Cohen wrote, claiming he was the one who pushed him to run for president in 2011 and 2015.

'In some ways, I knew him better than even his family did because I bore witness to the real man, in strip clubs, shady business meetings, and in the unguarded moments when he revealed who he really was: a cheat, a liar, a fraud, a bully, a racist, a predator, a con man,' he revealed.

But he also refers to Trump as someone he knew intimately well.

He recalls driving south from New York to testify against the 'real real Donald Trump' in 2019.

'Not the billionaire celebrity savior of the country or lying lunatic, not the tabloid tycoon or self-anointed Chosen One, not the avatar @realdonaldtrump of Twitter fame, but the real real Donald Trump—the man very, very, very few people know,' the book reads.