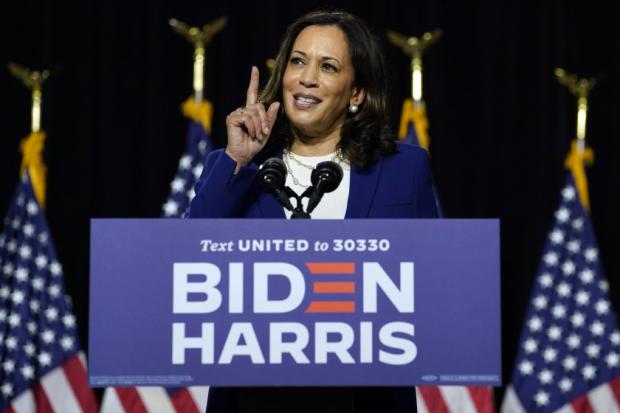 But such a boldfaced shuck-and-jive has never been tried before in a national election. Do you suppose the DNC honchos really believe they're putting one over on the voters?

It remains to be seen whether this hustle will withstand the moilings and toilings of next week's national convention — itself shaping up to be a massively peculiar event conducted by texts, emails, phone calls, Zoom meet-ups, smoke signals, and perhaps rioting here and there to emphasize the party's dedication to the violent overthrow of cultural norms.

The real action may spool out this pre-convention weekend as all concerned grok the awful prospect of Joe Biden fumbling and stammering through an acceptance speech, confounded by the voice in his earpiece vying with the text rolling on the teleprompter. Poor Joe will come off for what he really is in this eerie twilight of his long career: a thousand hair-plugs in search of a brain. Such a pitiful display would reveal the cynicism (or reckless stupidity) of the party's game so far this year. It will invite epic disarray in the ranks. Will they allow it to happen?

Surely, they're sweating it. Then what? Does Hillary Clinton seize this last slim chance at glory and offer herself up to the desperate, despairing, virtual crowd in Democratic Zoomtopia?  (Quick, somebody hide the vodka bottles! And get Bill out of the room, fer Chrissake!) But think of the dream ticket that would make: Hill and Kam, two mighty womyn! One a person of several colors! (the other of several personalities). And in this 100th anniversary year of the 19th Amendment! Step aside all you hairy, groping, disgustingly-privileged males and make way for the triumph of feminism! Or… poof… is that just a fantasy? I'm telling you, anything might happen.