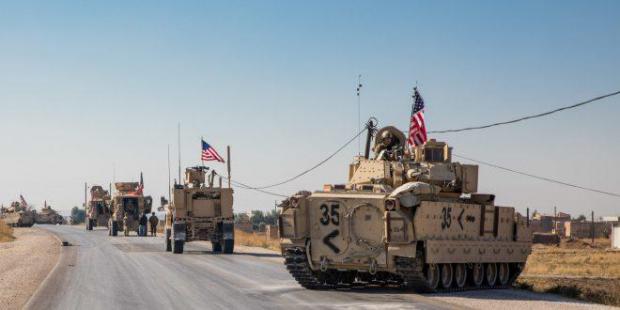 It happened in northeast Hasakah province just southeast of Qamishili, in an area where for the past couple years American special forces have bolstered Kurdish-led Syrian Democratic Forces (SDF). The Associated Press writes of the rare but not without precedent deadly encounter:

U.S. forces clashed with Syrian troops in the northeast on Monday, killing at least one soldier and wounding two others, state media said, while the U.S. military said it responded to small arms fire near a Syrian checkpoint.

It appears to have all started when a US military convoy approached a Syrian national checkpoint manned by soldiers.

Like with some prior confrontations, the Syrian soldiers refused to let the Americans through, given Damascus sees them as illegal occupiers of their sovereign soil. This was similar to incident last month where bloodshed was barely avoided, and US armored vehicles were forced to turn around.

In that prior instance pro-government forces threatened to fire on the Americans.

RT Arabic was the first to publish video from the confrontation on Monday. Gunfire can be heard erupting, with spoke billowing from the government checkpoint:

Trump on if Biden wins: 'Maybe I'll have to leave the country'

This is everything this election is about.

NBC says Trump town hall WILL go ahead as scheduled after more than 100 actors...