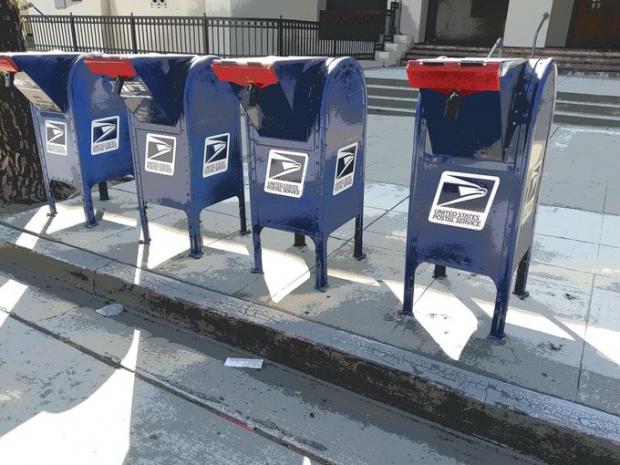 (Natural News) That dastardly Donald Trump is at it again. He is either the evilest man ever to hold the office of president or the dumbest. He is either a Machiavellian genius manipulating the media and his hypnotized followers or a bumbling know-nothing idiot.

Trump is being accused of sabotaging the November elections because he won't give the postal unions and incompetent managers in the postal service $25 billion to play with. The money will stave off catastrophe for about a year at the rate the USPS is burning through cash. Without that money, we're informed by those in the know, thousands — no, tens of thousands — no, millions of voters who wait until the last minute to mail in an absentee ballot might not have their votes counted because, well, Trump.

The procrastinators in America are up in arms and plan a demonstration to show their outrage. But it probably won't happen until after the election since that's when they'll eventually get around to it.

The "crisis" in postal delivery presupposes that, prior to Trump's shenanigans, the USPS was doing fine — nothing that a few tens of billions of taxpayer dollars couldn't fix. In fact, that's what the postal unions are saying. In a statement released on Saturday, the letter carriers and postal workers' unions assure the public that even without the money, they can do the job.

"The National Association of Letter Carriers (NALC) and the American Postal Workers Union (APWU) know the truth; the members of these unions are the people who actually process and deliver the mail. Postal Workers and Letter Carriers both say, unequivocally, that no matter how much the administration tries to undermine trust in the postal system, the system remains fully capable of delivering every single ballot cast by mail in a secure and timely manner.

"Indeed, the NALC assures that even if every single vote in the November 2020 election were cast by mail, the U.S. Postal Service would have no problem delivering the ballots, whether or not Congress provides the funding included in the HEROES Act.

"The U.S. Postal Service has an entire structure in place to coordinate with state and local election boards to facilitate secure and timely delivery of mail ballots.

Peter Schiff: Has Fed Talk Pricked The Mother Of All Bubbles?

Watch: Fauci Declares It "Entirely Conceivable" That A Fourth Booster Vaccine Will Be Need

Google deceived consumers about how it profits from their location data...