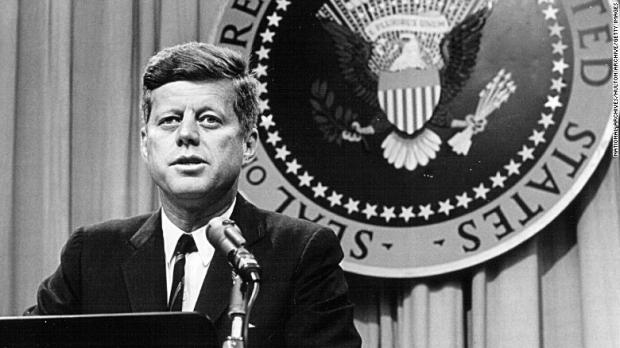 The interview took place on their program the Ron Paul Liberty Report.

Owing to the many federal records that have been released over the years relating to the Kennedy assassination, especially through the efforts of the Assassination Records Review Board in the 1990s, many Americans are now aware of the war that was being waged between President Kennedy and the CIA throughout his presidency. The details of this war are set forth in FFF's book  JFK's War with the National Security Establishment: Why Kennedy Was Assassinated by Douglas Horne.

In the interview, Robert Kennedy Jr. revealed a fascinating aspect of this war with which I was unfamiliar. He stated that the deep animosity that the CIA had for the Kennedy family actually stretched back to something the family patriarch, Joseph P. Kennedy, did in the 1950s that incurred the wrath of Allen Dulles, the head of the CIA.

Kennedy Jr. stated that his father had served on a commission that was charged with examining and analyzing CIA covert activities, or "dirty tricks" as Kennedy Jr. put them. As part of that commission, Kennedy Jr stated, Joseph P. Kennedy (Kennedy's Jr.'s grandfather) had determined that the CIA had done bad things with its regime-change operations that were destroying democracies, such as in Iran and Guatemala.

Consequently, Joseph Kennedy recommended that the CIA's power to engage in covert activities be terminated and that the CIA be strictly limited to collecting intelligence and empowered to do nothing else.