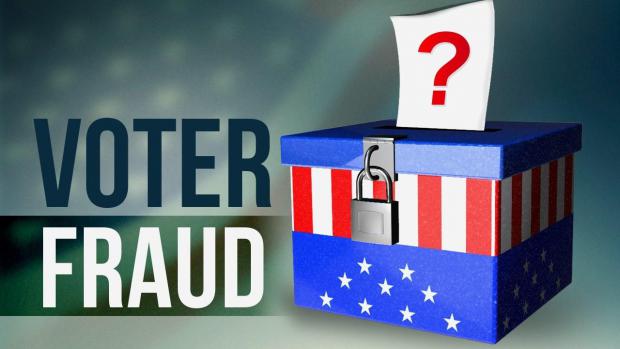 "Never has our future been more unpredictable, never have we depended so much on political forces that cannot be trusted to follow the rules of common sense and self-interest—forces that look like sheer insanity, if judged by the standards of other centuries." ? Hannah Arendt, The Origins of Totalitarianism

And so it begins again, the never-ending, semi-delusional, train-wreck of an election cycle in which the American people allow themselves to get worked up into a frenzy over the misguided belief that the future of this nation—nay, our very lives—depends on who we elect as president.

For the next three months, Americans will be dope-fed billions of dollars' worth of political propaganda aimed at keeping them glued to their television sets and persuading them that 1) their votes count and 2) electing the right candidate will fix everything that is wrong with this country.

Incredible, isn't it, that in a country of more than 330 million people, we are given only two choices for president? How is it that in a country teeming with creative, intelligent, productive, responsible, moral people, our vote too often comes down to pulling the lever for the lesser of two evils?

The system is rigged, of course.

It is a heavily scripted, tightly choreographed, star-studded, ratings-driven, mass-marketed, costly exercise in how to sell a product—in this case, a presidential candidate—to dazzled consumers who will choose image over substance almost every time.

As author Noam Chomsky rightly observed, "It is important to bear in mind that political campaigns are designed by the same people who sell toothpaste and cars."

In other words, we're being sold a carefully crafted product by a monied elite who are masters in the art of making the public believe that they need exactly what is being sold to them, whether it's the latest high-tech gadget, the hottest toy, or the most charismatic politician.

This year's presidential election, much like every other election in recent years, is what historian Daniel Boorstin referred to as a "pseudo-event": manufactured, contrived, confected and devoid of any intrinsic value save the value of being advertised.

After all, who wants to talk about police shootings, SWAT team raids, asset forfeiture schemes, private prisons, school-to-prison pipelines, overcriminalization, censorship or any of the other evils that plague our nation when you can tune into a reality show carefully calibrated to appeal to the public's need for bread and circuses, diversion and entertainment, and pomp and circumstance.

But make no mistake: Americans only think they're choosing the next president.

In truth, however, they're engaging in the illusion of participation culminating in the reassurance ritual of voting. It's just another Blue Pill, a manufactured reality conjured up by the matrix in order to keep the populace compliant and convinced that their vote counts and that they still have some influence over the political process.

It's all an illusion.

The nation is drowning in debt, crippled by a slowing economy, overrun by militarized police, swarming with surveillance, besieged by endless wars and a military industrial complex intent on starting new ones, and riddled with corrupt politicians at every level of government.

All the while, we're arguing over which corporate puppet will be given the honor of stealing our money, invading our privacy, abusing our trust, undermining our freedoms, and shackling us with debt and misery for years to come.

Nothing taking place on Election Day will alleviate the suffering of the American people.

Unless we do something more than vote, the government as we have come to know it—corrupt, bloated and controlled by big-money corporations, lobbyists and special interest groups—will remain unchanged. And "we the people"—overtaxed, overpoliced, overburdened by big government, underrepresented by those who should speak for us and blissfully ignorant of the prison walls closing in on us—will continue to trudge along a path of misery.

With roughly 22 lobbyists per Congressman, corporate greed will continue to call the shots in the nation's capital, while our so-called representatives will grow richer and the people poorer. And elections will continue to be driven by war chests and corporate benefactors rather than such values as honesty, integrity and public service.

Just consider: while billions will be spent on the elections this year, not a dime of that money will actually help the average American in their day-to-day struggles to just get by.