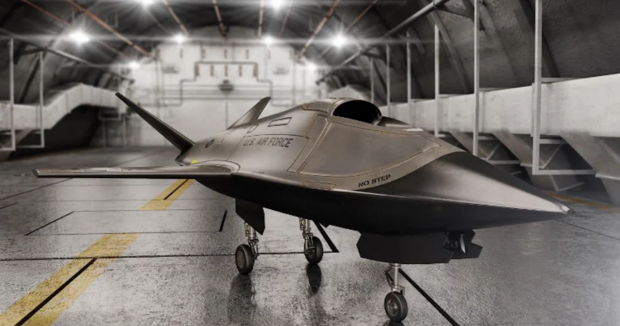 Fighter jets need humans to fly them, but someday, that could change. This week, the Defense Advanced Research Project Agency—better known as DARPA—is hosting a virtual Top Gun-style competition in which various artificial intelligence algorithms fly simulated jets in digital dogfights. No actual planes are in the air, but the goal is to see which AI agent can provide the most formidable fighter. The event kicked off on Tuesday morning, and on Thursday, the strongest AI will battle against a simulated F-16 operated by a real flesh-and-blood pilot.

The event this week is the third stage in what's called the AlphaDogfight Trials. The first trial in the series, held last fall, was very much rookie algorithms trying to figure out aviation fundamentals, explains Col. Dan Javorsek, the manager of the event at DARPA and a former F-16 aviator and test pilot. "What you were basically watching was the AI agents learning to fly the plane," Javorsek says. (His call sign is "Animal," a reference to the Muppets.) "A lot of them killed themselves on accident—they would fly into the ground, or they would just forget about the bad guy altogether, and just drive off in some direction." In other words, Maverick or Iceman would probably just laugh at them.

Javorsek compares that stage to NASA's early days, when rockets kept exploding. "It was not inspiring," he adds. But early this year, during the second trial, it went better. "We watched the agents go from being able to barely fly the airplane and barely prevent [themselves] from crashing, into true behaviors that looked like dogfighting," Javorsek says.

Dogfighting may be the colloquial term made famous by the movie Top Gun, but the military refers to that type of engagement as BFM, for Basic Fighter Maneuvers. The AI agents trying to master this practice come from eight different teams, including Goliaths such as Lockheed Martin and Aurora Flight Sciences (part of Boeing), and other smaller or less well-known players, like Georgia Tech Research Institute or Heron Systems.

US Passes $250 Technology Bill for Chips, AI and Robotics