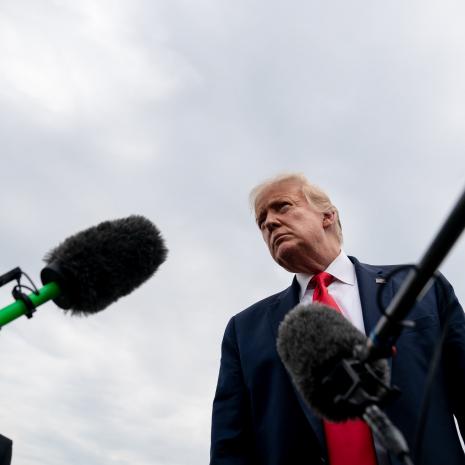 Anti-Trump netizens have begun ditching the AdBlock app en masse, after users reported they couldn't turn off a YouTube political advertisement sponsored by the president's campaign.

The online outrage over US President Donald Trump's campaign ads began on Tuesday, prompting AdBlock – a browser extension that allows adverts to be filtered out online – to trend on Twitter. YouTube videos with titles such as "Did something happen to Joe Biden?" and "Democrats ruined their cities" apparently couldn't be skipped, blocked or decreased in volume, according to some Twitter users.

Meanwhile, some users reported that the website's landing page had been taken over by a Trump ad with its audio playing without any visual indication as to where to turn it off.

This caused an avalanche of criticism, that engulfed both the video platform and the AdBlock service, while some people described the inescapable ads as "dystopian."

Later, it turned out that even the paid version of the service, AdBlock Plus, did not filter out the Trump ads, adding fuel to the fire, as people began advocating for a switch to other ad-blocking apps.