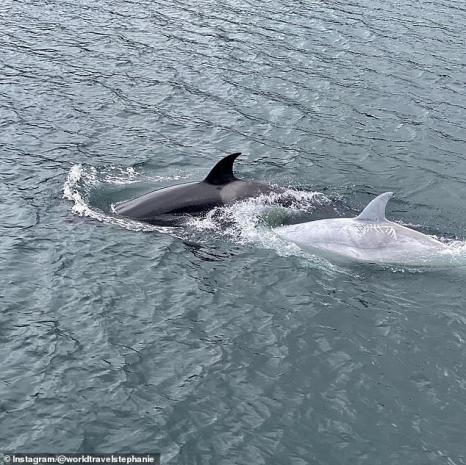 Whale watchers have managedto catch video of an all-white orca in the waters off southeast Alaska for the first time.

The killer whale, a young male named Tl'uk, was spotted along with two adults on August 7.

The trio was seen swimming near Kuiu and Kupreanof Islands, which is west of Petersburg, Alaska.

A charter group aboard Alaska Sea Adventures' Northern Song was fortunate enough to encounter the pod.

'But having a white one under the water, you could see him an easy ten feet below the surface, this big white shape moving along there.'

First mate Stephanie Hayes, a graduate student in marine biology at the University of Alaska Fairbanks, captured photographs of the elusive swimmer.