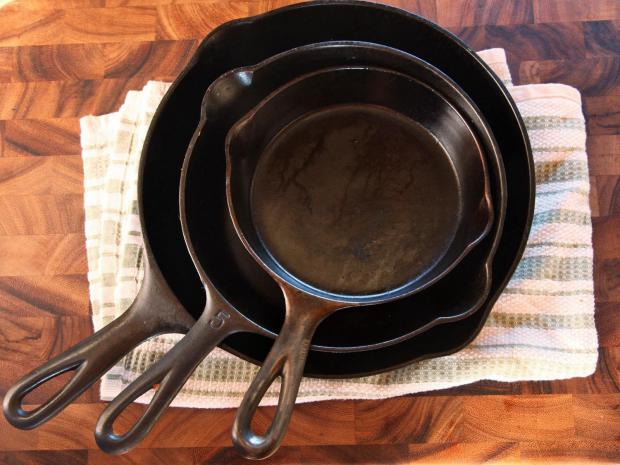 The day of the Super Bowl, I was preparing to make my favorite sweet potato peanut soup, and I'd found a really simple, delicious-looking chickpea flatbread recipe to pair with it. Whipping together the ingredients, I noticed the recipe suggested using a cast iron pan in the oven to bake the flatbread. I'd been thinking about buying one to stock our kitchen, so I sent my husband to Target to officially begin our cast iron journey.

I'm embarrassed to say that while I consider myself a competent home cook, I didn't own a cast iron pan until that day. It's not that I didn't want to cook with cast iron—many of my friends rave about the versatility and durability. Honestly, I avoided it because I was intimidated. Unfamiliar terms like "seasoning" and the fear of rusting kept me in my comfort zone, cooking my bacon and eggs with cheap non-stick pans my grandma got us for Christmas.

I quickly noticed the benefits of cast iron outweighed any potential disadvantages. But since I bought my cast iron in a hurry, without doing any research, I made a few silly mistakes along the way. If you're similarly green to the world of cast iron, here are a few things I wish I knew before I brought my pan home.

Cast Iron is Easier to Clean Than You Think

As long as I'm airing my dirty laundry, I'll tell you my most embarrassing cast iron story. I broke a very intuitive and important cast iron principle by accidentally soaking it in the sink the first night I used it. I had made dinner (the flatbread was delicious, by the way), then stepped away from the kitchen to watch the halftime show. My husband did dishes after the game, leaving the sink partially full of water. Between putting our kids to bed and getting the kitchen cleaned up, neither of us thought to clean the cast iron separately from our other dishes. (Cast iron is metal, so leaving it immersed in water can cause it to rust.)